If ya want a linguistic adventure, go drinkin' with a Scotsman.
'Cause ya couldn't fucking understand them before...
You land in Scotland and they're going:
- Oh, yeah. - Oh, yeah?
- Sure. - Oh, fuck sure, eh!
- Sure! - Sure, you dumb fucking bastard.
You realize how drunk they get, they could wear a skirt and not care!

Here's the drill. Fundamentalists take it to be "the word".
Not translatable, not metaphorical: "the word".
In the Genesis, "Let it be light!" could be a metaphor for the Big Bang?
No. God just went click.
We are all descendants from Adam and Eve. So we are all cousins.
That's right.

There are miracles in the Bible.
Like when Moses, and I'm not talking Guns'N'Moses, no!
Not Charlton Heston going:
"Let the Jews go or pharaoh gets two in the head. No!
Charlton Heston, who said:
"Guns don't kill people... Apes with guns kill people."
No, Chucky! The second amendment
started from people going like this...
And that still continues. That's OK!

Right now they're up there watching. "Hi, Mr Edgecroft."
We're now under the offices of Homeland Security.
Tom Ridge ever so often goes: "Today is a blue day." "No, orange" "Red".
They had to be very careful picking that name: "Homeland Security".
They couldn't say Fatherland because a lot of the old Germans are going:
"That's a good one!"
But Homeland sounds like Homefront Security,
which was England during WWII.
Old men with pitchforks and colostomy bags, defending England!
There they were, Rudolph has personally:
"I threw my colostomy bag, covered him in shite
and said 'Get off of that fucker, you fucker, get out'"

The poor Canadian snowboarder, in 1998 Olympics,
they took away his medal because he tested positive for marijuana,
which is kinda redundant number one.
Number two, they said that marijuana was a "performance-enhancing drug".
Marijuana enhances many things, colors, tastes, sensations,
but you are certainly not fucking empowered.
When you're stoned, you're lucky if you can find your own goddamn feet.
The only way it's a performance-enhancing drug is
if there's a big fucking Hershey bar at the end of the run.
Then you'll be like...
Then you'll be like a Swiss ski jumper going, "I'm there!"
Pour Canadian snowboarder. They asked for his medal back
and he couldn't find it. It was around his fucking neck!
Get out of here, you little goofy Canadian bastard, eh.
They have weird sports like the Biathalon
which is like Norwegian Drive-By.
Get the TV, Hans!
The Canadians won the gold medal in hockey.
God bless you Canadian people.
You're so fucking nice eh.
It's your only fucking sport, come on!
That and a mutant form of football.
"We've got 13 men, we have a longer field"
You have fun, enjoy! 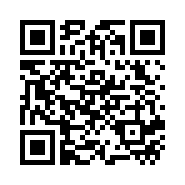